All the little things was written, performed, recorded and released by the Pah over a process that started in secondary school and completed years later to be released world wide online. The Pah even chose and designed from concept to publish the cover artwork so as to link the spirit of the album into its visual skin. The album is a story arch consisting of 12 tracks with a beginning, a middle and an end to the listening experience and was put together as a complete work instead of the now standard and fashionable streaming one song at a time from various artists. In short the album was designed to be listened to from start to finish.

The sound of the album is traditional acoustic folk rock as a Dublin artists sees it. Starting with acoustic guitars and pianos with a presence of double base and vocals, the album flows to soft rock with electric guitar and drums to create an intimate journey.

Released in the late Summer of 2014 the album All the little things is now available on all recognized streaming and sales platforms around the world.

Here are some helpful links to reliable sales and streaming sources; 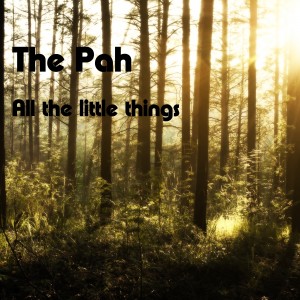